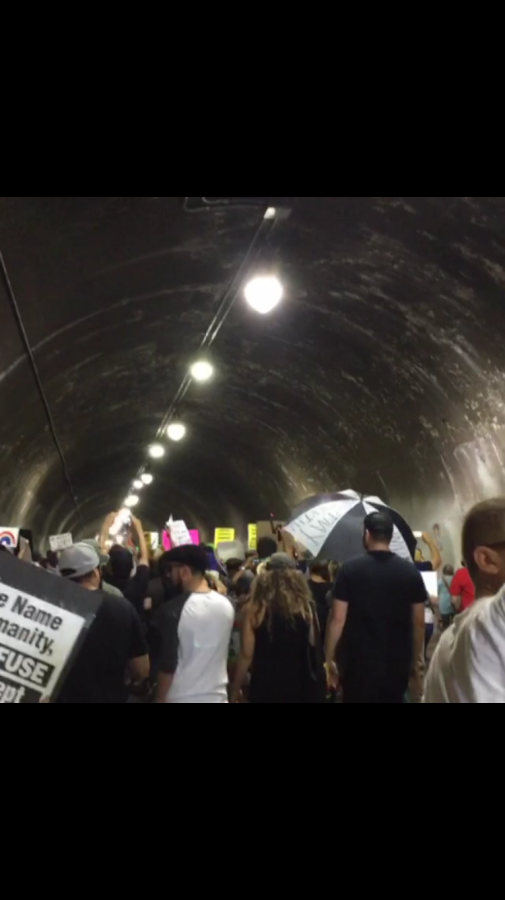 It’s been a long time since the last post. Since then, the 2016 U.S. Presidential Election happened and Donald Trump was elected. I went out to protest, because it felt like voting wasn’t enough. I hoped to meet activists and organizers, folks who were consistently translating their political ideas and feelings into action. The concern that drove and continues to drive me out to those protests is the rhetoric and promises that Trump had made on the campaign trail. Now that he is selecting his cabinet and the administration is taking shape, it seems that he intends to follow through with those promises. There’s a lot of fear, anger, hate, disgust, and confusion that I’m seeing and feeling right now. Those feelings are sensible to have and desirable to act on, but choosing the course of action is going to be unique for everyone.

I started reading a book called What Machines Can’t Do: Politics and Technology in the Industrial Enterprise by Robert J. Thomas. Politics right now seems to be deeply intertwined with the growth and development of technology. As manufacturing moved overseas, many small towns that were sustained by a single industrial plant have not recovered from the recession. Those manufacturing jobs are unlikely to ever come back to America, at least not in the same form. China and Japan have led a wave of industrial innovation by automating as much as possible in their plants. Here in the U.S., Tesla has shown that robotics has matured to take over the factory. And it’s just one of many lights out factories that now exist in the States. Trump says infrastructure, more oil/coal, and increasing tariffs to fight cheap labor from other countries will bring jobs back to middle America. None of these things seem viable in the long-term, especially the energy ideas. The economy moving forward needs to be consciously created so that there is more meaningful independent work for people and so that there is a planet to pass on to future generations.

The Library and the Hospital are both running through my mind as places that can be redesigned as centers of learning, employment, public service resources, and experimentation. The Farm and the Factory also feel like institutions that can be reimagined as citizen-facing structures that act as both production and ideation spaces. I guess the feeling I’m getting is that the University needs to be atomized and spread throughout societal institutions. Every vertical in society needs to take responsibility for our collective education. Thinking about customers at the expense of workers makes little sense to me. This thought is leading me through a conversation around the Production Economy, which to me means: success measured by the number of people employed, or goods/services produced. There is issue when pushing for continuous production growth, though, which is why I think the listed institutions above should act as resource centers also. Goods/services could mean the resources provided to people looking to become skilled or have their basic needs met.

As John Papola notes in the Forbes article, Think Consumption Is The ‘Engine’ Of Our Economy? Think Again. “Consumption didn’t create our output. Investment did.” Of course consumption is the other side of the feedback loop in which a business receives a return in value on their investment, but I think there needs to be a reconsideration of what ‘investment’ and ‘value’ mean. If an institution can run a model that both teaches and provides (food, shelter, water, medicine, knowledge), then the current model of our economy that measures economic wealth through GDP would become moot.

The above model is another, more decentralized, way a business model can teach/provide/create opportunity for the working class. Open Source Ecology is a project I’m very excited about, and will spend another blog post on. In fact, down the line I’d like to do a post detailing all of the projects that seek to empower individuals to reimagine and dictate their role in the future economy.

This has been a tough post to write, because I feel like there is so much to say and yet I don’t feel as though I have the words to say it. I could’ve spoken about the divisions growing in this country along class/race/religious/sexual lines, but I’d rather look at the easier problems (jobs/economy) first. It’s all interrelated, but there are many articles going around stating that a major factor Trump won was because of the disaffected and unemployed low-to-middle class folks in rural and suburban America. I think that’s definitely a problem worth solving, for everyone’s sake.

To explore ideas, intuitions, and inspiration until there are none left to imagine